The home side had a tough start to the season with the side being reduced to 10 men after 23 minutes when Maximilian Mbaevu was given his marching orders after he handled the ball outside the box and disrupting the tuks player from a goal scoring opportunity. Although this reduced the team to 10, it seemed to bolster the players and make them work harder to consolidate themselves and show that they were able to work together to fight for a win against the odds.

There were a number of debutants in the game, and they played out of their boots and showed the fans that they fitted into the team . Gladwin Shitolo, Tumelo Letuka, Rodney Ramagalela and Mwape Musonda all started in the team line up with Khayalethu Mjoli and Philani Zikalala coming off the bench to feature for the home side.

It was 17 minutes after the home side was unfortunately reduced to 10 men that Ramagalela slotted the ball right footed into the goal to give the team the lead. It was after some great ball play, that saw Musonda play the ball into the box to the feet of Ramagalela who took advantage and beat the Tuks keeper to score the only goal of the match.

The game was not an easy one, with AmaTuks taking full advantage of having an extra man on the field, they put huge pressure on Lamontville Golden Arrows throughout the game, and Arrows were constantly on the back foot trying to fill the gaps. They handled this well though, and went into the change rooms at half time with the visitors a goal down and needing to look at their game plan to get into the Golden Arrows box and looking at equalising.

The home side was strong on defence however, with the replacement keeper Zikalala making an impression in his debut, and ensuring that the Pretoria side were not going to get the upper hand at all.

Mathiane, Nkanyiso Cele and Mngwengwe stood firm at the back, and managed to gain possession of ball in the box on more than one occasion, taking it fast up field to the opposition strike zone with Khenyeza and Musonda, taking shots at goal whenever available.

The work rate of the players paid off today, and the home team was happy with their 3 hard fought for points after full time.

Shitolo was awarded the man of the match, however, every man left on the field can be proud of fighting for the days win against a side who had twice as many shots at goal then their opposition.

The team now have a short period break of 12 days before they face Jomo Cosmos at Olen Park on the 23 August.

We would like to also thank our supporters who have been truly amazing and so supportive over the years, we appreciate your support and today’s victory was for you. 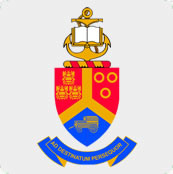