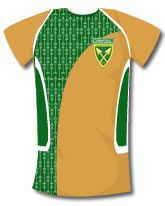 Abafana Bes’thende have progressed into the Nedbank Cup Last 16 with a 2-1 win over Milford FC.

The game was slow at the start, Milford FC worked the ball around the midfield and looked as if they were unsure at first. However, once they got over their jitters they bought the game to Abafana Bes’thende and attacked them at any opportunity available.

Golden Arrows played their ball wide and in the first half looked at using Fikizolo and Mahachi to push up into the opposing teams final third to create scoring opportunities, crossing the ball in to either Musonda or Chapman. This paid off for them in the 37th minute when Chapman found the back of the net to give the home team a goal advantage going into the break.

Both teams returned to the pitch with renewed fire in the second half. Golden Arrows were taking the ball up and looking for the second and Milford did well to counter and make use of their possession. The pressure put on the opposition caused their keeper to obstruct Mahachi in the box, and for this Golden Arrows were awarded a penalty which Mahachi took, sending the keeper the other way and slotting it low in the left corner.

Milford FC did not let Abafana Bes’thende’s 2-0 lead get them down, and fought back hard, they created a number of opportunities and that paid off when they scored in the 78th and from then on it was Milford who had Abafana Bes’thende on the back foot for the last 10mins of the game. They had an opportunity to equalize but Goss saved a goal off the goal line. Arrows were able to keep it at 2-1 and won the game Abafana progress to the second round of the Nedbank Cup.