The home team came out onto the pitch with big intent as they hammered the opposition goals from kick off. Hotto, Ramagalela and Khenyeza attacked hard in the first half, backed by great midfield play from Shitolo and Cele,this allowed Hotto to open the scoring for the night in the 13th minute.

Abafana Bes’thende dominated possession with 67 percent of it being in their favour. However, neither Mpumalanga Black Aces made calculated use of the ball when they had it, and managed to equalise off the boot of Mbesuma in the 32 minute, off an error from an arrows defender who failed to clear the ball.

This was how they went into the change rooms, and it would be important how they came out in terms of game plan for the second half.

Black Aces seemed to be determined when the second stanza started and they fought for more possession than what they had enjoyed in the first 45. Again, their fight paid off for them when Mbesuma found the back of the net again in the 49th minute, taking them to a 2-1 lead.

Arrows never lost hope though, and the introduction of Chapman, changed the game play for Golden Arrows, but not enough to find the elusive equaliser.

Both teams had a number of shots at goal, but neither could find the net to equalise nor increase the lead.

Lamontville Golden Arrows now need to address their mistakes and prepare for their last-16 TKO game on the 3 October here at King Zwelethini. 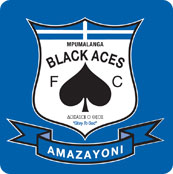