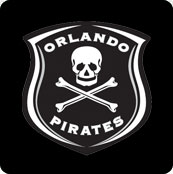 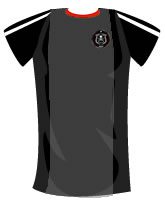 The first half of the game started slowly, with the first 15 minutes being played mostly in the mid-field. Both teams took few opportunities in this time to get into the last 3rd, but the tempo changed afterwards and both teams started opening up play and having opportunities at the opposition goals. Mbaeva had a great half, thwarting a double opportunity from Erasmus and Mvelase as well as shots from Gabuza. Abafana Bes’thende created their own opportunities, this enable Mahachi, Khenyeza and Fikizolo to have shots at goals but none had the finishing that Golden Arrows were looking for. Hotto also took a chance from distance which went over the bar. The promise of goals was great from both sides, but a combination of brilliant keeping and solid defending, saw the teams going into the break with no scores.

The second half was not explosive when the teams came out for the second stanza, there were a number of shots from both teams but Mbaeva did well to deny the home team and a shot from Siyabonga Dube was into Mpontshane’s hands. Golden Arrows showed some composure however and their determination to make a breakthrough came off the boot of Mahachi’s boot from 15 yards to the left and finding the corner of the net after a fantastic assist by Nkanyiso Cele. This fired the team up and Lamontville Golden Arrows attacked whenever they could against an Orlando Pirates side that was relentless in attack .

This again created an opportunity in the 82nd minute and Mahachi played the ball across the goal, finding Shitolo who finished by finding the back and splitting the Orlando Pirates defence. Pirates were not taking this lying down and had periods of play that saw them camping in the Golden Arrows box for a couple of minutes at a time and having numerous shots. Mbaeva put his body on the line tonight and kept A clean sheet with a number of brilliant saves for the evening.

This has broken a long drought of wins for Lamontville Golden Arrows over Orlando Pirates and taken the side up a position on the log to 7th place, increasing the point haul for the season.

We remind you that there is a break this weekend with the game against Ajax Cape Town being postponed. The team will be in action again on Tuesday when they face Kaizer Chiefs at FNB Stadium at 19h30.