The team came on onto the field and showed dominance in the first 45 minutes. They played a great attacking game, playing the ball wide and then getting into the centre to create scoring opportunities. This kept Cape Town City defenders busy and eventually caused them to falter Sibiya played the ball to Nonyane who played it to the first posted and it resulted in an own goal, giving Abafana Bes’thende to score the first goal in the 40th minute of the first half.Arrows maintained their dominance until the break, going into the change rooms with the lead.

After the break, Cape Town City made an early change and managed to hold onto posession of the ball. This gave them a number of good scoring opportunities and they looked the stronger team. Arrows defenders did a sterling job at keeping the goals covered though and in one play denied the visitors an equiliser after Mbaeva slipped while trying to defend.

It was Cape Town City who played the more dominant half, but Coach Larsen subbed off Fikizolo, bringing on Jooste and the game changed. Jooste had a number of plays up the right hand side of the field, and exposed the defence in the visiting team, eventually managing to get a break through in extra time of the second half, and scoring with a beautiful shot that powered into the net.

The team will have a weeks break, and then face Free State Stars at Goble Park next Wednesday night. 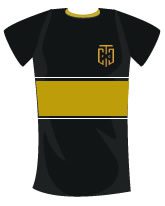