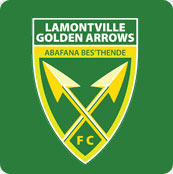 We have beaten Baroka FC 3-2 at the Princess Magogo Stadium this afternoon in an action packed game that went down to the wire in the final minutes.

Both teams came onto the field determined to reach their objectives and this was evident from the first whistle from Referee Gomes. Neither side were giving each other an inch and a hard battle was on the cards for the afternoon. In an end to end battle that saw each team creating opportunities to score, it was Magubane who clenched the breakthrough for us in the 40th minute to see us take a positive lead going into the break. But for the last 5 minutes of normal time and the 2 minutes added, Baroka fought to try and secure an equaliser.

This fight continued into the second half and the tension on the field was evident from the first second of play. Again, both sides created chances from well executed moves, but the finishing was just not their for either. Baroka were eventually awarded for their determination when they equalised in the 70th minute . Letsoala managed to find the back of the net after a lapse in defence saw Gumede come off his line to try and contol the situation, but this allowed Baroka to get the ball back and get a clear shot in.

Lamola then scored for us after Dlamini failed to control a ball that had been deflected by a Baroka player. Lamola just managed to get the goal with Baroka trying to clear it off the line. A couple of minutes later Mahachi had a cracker of a goal after Fikizolo crossed the ball to him from the left hand side, Mahachi made no mistake and took us to a 3-2 lead.

The fighting determination of the visitors was evident as they managed to find the net again with Letsoala getting his brace.

The game went down to the wire but in the end we secured the full 3 points for todays efforts.

We travel to Cape Town where we have a tough midweek game against Cape Town City, but one where we hope to return with another 3 points for our Top8 finish fight.

Thanks to support shown at the stadium today. Appreciation can only be expressed in the win that your presence helped us secure.