Orlando Pirates have knocked us out of the Telkom Knockout Cup in an entertaining game which saw both teams come onto the field with fire and determination to win the game.

The first half was a well competed 45 minutes that saw Makola open the scoring for the hosts 10 minutes in from rocket of a shot from the edge of the box that beat Mbaeva and found the back of the net. This was not the first shot from either of the teams this early on, but the one that broke the scoring and created the atmosphere for the rest of the game.

Both sides fought hard to score and this saw some creative play and combinations, this allowed Ntanga to get into a scoring position, but he was denied the equaliser after being ruled offsides.

The teams went into the changerooms and recomposed to come out and play a second stanza that was explosive on every play from both sides.

In the 63rd minute Jooste managed to equalise from a free kick after Barrios was taken down on the edge of the box. A well calculated and precise shot saw him beat the wall and Mhlongo and open the game to us again.

Just 10 minutes later however, Memela took the hosts to a goal lead again after being fed the ball at the far post and slotting it in past Mbaeva. A barrage of attack then took place and our defence held strong while the remainder of the team tried hard to create opprtunities to get us back into the game.

It was not our day however, and the introduction of Fikizolo to feed a determined Jooste in the middle along with fresh legs from Miheso on the wing, could just not give us the edge to come back.

The team fought well, and remained composed and determined against Orlando Pirates throughout the game.

Our focus will now go back to the League again where we play a Derby match on Friday 28th against Maritzburg United at Harry Gwala Stadium. 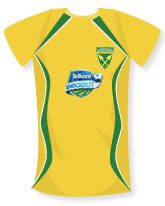