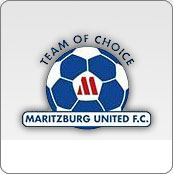 It was an epic Derby game in Vosloorus today as the Diski Boys lost 2-1 to Maritzburg United in the Multichoice Diski Competition.

In a game that was level pegged for the majority of the game time, both sides used posession well to play into the last third and looked at breaking the defence. A lot of the game was fought in the midfield, with quick counter plays and feeds to the flanks as each of us looked to open the scoring.

This saw the teams head into the changeroom at nil-nil and set an explosive second half up.

The fans were not disappointed. In the 54th minute we managed to get a break-through as Dlamini played up the far flank, had a brilliant cross and fed Jappie who put the ball in the back of the net and catching Barr wanting.

Ironically, Maritzburgs equaliser came in a siimilar fashion just over 10 minutes later. The ball was placed behind Naiker from the edge of the field where Kunene was unmarked. He nudged the ball in and put us on equal footing again.

Maritzburg then had a barrage of attack and the persistance paid off as Ntshangase, on as a replacement, put pressure on the defence. This forced Naicker off his line to come out and try defend. A mishap, as Naicker could not hold the ball, allowed Ntshangase to play past and slot the ball in for the winning goal.

The team will have to consolidate and prepare for Mamelodi Sundowns who we face next Sunday at Princess Magogo Stadium at 10h00.