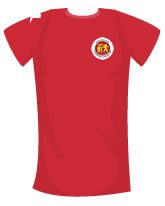 A brace from Mvala helped to see Highlands Park to a home win this afternoon at Makhulong Stadium.

With the pressure being put onto us from the first whistle, we struggled to find any rhythm in our game.

We were tried defensively throughout the first half and were not able to use our possession constructively. This caused us frustration on the field, which resulted in us conceding a penalty in the 20th minute. Mvala stepped up to the mark and made no mistake in finding the back of the net.

Twelve minutes later, we managed to equalise off a free kick. Danny Venter did well to beat the wall and score the first half equaliser.

We barely had time to regroup as Mvala scored his brace just nine minutes before the half time break.

Coming back from the break, the team seemed to consolidate slightly.

We looked more confident on attack and managed to get behind the defence and create chances. We could just not finish the way we would have liked to though.

Coach Larsen introduced both Lamola and Moreira into play. This helped in creating chances and staying in the opponent’s last third, however nothing we threw at them managed to get past Kapini.

A tough loss this afternoon but the team need to regroup and prepare as we look toward our game against Sundowns on Wednesday night at Princess Magogo stadium.