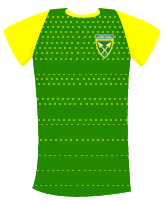 We secured a win and bragging rights with a 2-1 win over Maritzburg United in our opening game of the DSTv Premiership this afternoon at Princess Magogo Stadium.

It was as expected a highly contested game between both sides, with The Team of choice showing intent at scoring from the opening minutes of the game while we too had an early attempt with a snap shot from Ndwandwe.

It was hard work from our boys at the back as Sibisi, Dlamini and shot stopper Mlungwana dealt with a continual attack from the visitors. Mlungwana made some point blank stops and Sibisi cleared a shot from Graham to keep the visitors from scoring.

With half time approaching we failed to take the lead as Sibiya, with space on the near post blasted his effort over the cross bars.

Returning for the second 45, Coach Seema brought on Zuke and Conco. The change paid off with conco immediately finding space and posing a threat to the visitors. Conco scored the opening goal as he ran onto a through pass, took his shot from the right and beating Engelhardt.

Sabelo doubled the lead off a well weighted free kick opportunity in the 67th minute after Ndwandwe was bought down just outside the box.

With full time fast approaching the pressure play from Maritzburg increased and paid off for them as replacement Theron pulled one back for them.

It was just not enough for United and after 3 minutes of additional time, we secured the first home win of the season.