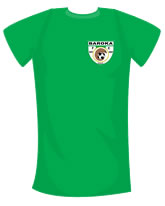 We suffered another first round exit in the Telkom Knockout tonight against Baroka FC at Old Peter Mokaba Stadium.

In a disruptive weekend that saw the kick off time of the game being changed after only arriving in Polokwane in the early hours of the morning after a delay in travel, the weekend just did not improve for us as we went a goal down in the first minute against Bakgaga.

From the kick off, they played to the right and then put a well placed cross in for Makagaka. He made no mistake and put the home side in the lead.

We took some time to get back into the game but dominated play in the last 25 minutes of the first half as we fought to break the defence and find an equaliser going into the break.

This did not pay off for us and we needed to come back in the second stanza, and ensure that we scored first in the half in hope of having a chance of coming back into the game.

Once again we had a spike in our play as Sabelo, Jooste and Magubane entered the game, but their impact was not enough to find the back of the net.

Baroka managed to seal the game in the 80th minute with a well placed header from Sodi, ensuring our exit from the 2018 competition.

We had a number of appeals for fouls in the box, but referee Ndaba did not agree with our appeals, and waved the game on.

An unfortunate result for the team tonight.

Our focus will change again to our League commitments as we head into a busy week with 2 away games over the next 7 days. the first against Free State Stars on Wednesday night and then SuperSport United next Sunday.