We have been beaten by The Clever Boys at Princess Magogo stadium in a game that had some controversial decisions. A determined 90 minute fight by the side was not enough to secure the win as we never created enough chances against a determined opponent.

Neither side managed to dominate play in a game that saw end to end play. With Bidvest Wits attacking at any opportunity they could, they got their break through in the 29th minute when Mhango found the back of the net off a tight angled header from a Hlanti cross.

Just before the break, they were then given a gift with a penalty after referee Gomes deemed a ball that came off Skipper Mathiane’s face as a hand ball. Majoro made no mistake and the visitors went into the change rooms with a 2-0 advantage.

The determination of our players shone in the second half. With two replacements coming out of the change room as we tried to bolster our attack with Mutizwa and Ndwandwe, the side dug hard to fight back.

Some enterprising play from Jappie and Zuke saw opportunities being created up front as Mutizwa and Lamola received ball. But the finishing was just not there. We were awarded a penalty in the 60th minute. The ball was placed and Mutizwa’s shot hit the upright.

Again, the fight came through and we defended well while using our possession to drive into the opposition last third.

Ndwandwe was then on the receiving end of a bad tackle in the box in the 74th minute. Mzava was called on to take the kick and made no mistake in beating Keet.

The team were just not able to find the finishing they were looking for. Although they managed to create a number of promising opportunities, we could not find the back of the net again.

We will need to consolidate during the week and prepare for another home battle next weekend when we face Ajax Cape Town at home on Sunday, 25th at 15h15. 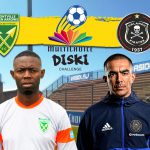 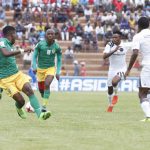 History made in TembisaDiski Results, NEWS