The PSL and Multichoice have announced the launch of a new competition… The MultiChoice Shield,which will run from the 7th of April until the 5th of May this year with a total of 24 fixtures.

There will be four regional pools that the 16 PSL clubs will be divided into. Central, Coastal East, Coastal West and Northern. Each pool will consist of four clubs who will be looking to top that region before advancing to the semi finals. This quest for supremacy has been dubbed ‘Ubani Ibhoza Ngakini?’ which means ‘Who’s the boss in your hood?’

The winners of the MultiChoice Diski Shield will receive a trophy and R150 000 towards a football development initiative for a local community of their choice.

Fixtures are not as yet finalised and will be released in due course. 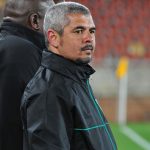