Our Reserves have completed their 2018 season with a 3-0 win over Folweni All Stars. The season was a closely contested one, Ourselves, Jahman Stars, Kharwastan and Summerfield Dynamos all playing for the top spot in the competition.

The last week was a determining factor in this years log results as we played four games in one week to fill the allocated fixtures. Needing to secure as many points as we could in order to top the log.

This ensured us 12 valuable points.

At this stage we had managed to top the log, with our last game to be played against Folweni All Stars.

The determining game however was a fixture between Kharwastan and Summerfield Dynamos. They needed to play each other in the leagues last game of the season. A win for Dynamos would have seen us take the league, based on points. However it was not meant to be, It was Kharwastan who ended up securing the 3 points though, and this put them at the top of the log with 44 points, just 2points above Us on the table.

All in all we played 18 games this season. We were victorious in 13 games, drew 3 and lost just 2 to achieve a total of 42 points, placing us second on the log.

Once again, a good performance from the side. One they should be proud of. 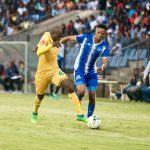 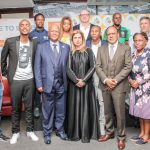 We are One festival at Princess Magogo Stadium – 23rd, 24th JuneNEWS