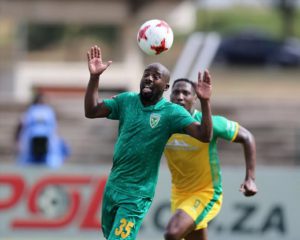 We have drawn another game at home this afternoon against Baroka FC at Princess Magogo Stadium. A win would have pushed us into the top 8 but it was not to be today in the 4 goal game against Baroka FC.

We dominated possession on the field and did well to play into the visitors last 3rd, but we lacked the finishing we were aiming for. Gumede made a telling save in the 12th minute, tipping a shot from Mdantsane onto the bar.
We then allowed Baroka to open the scoring in the 17th minute as Moputa played in from the far side, beating Zuke and slotting the ball between Gumede’s legs.

Our persistance paid off just before the break, with Venter equalising. He cut in from the far side, beat two defenders and managed to get the ball on his left foot, taking the shot and finding the back of the net.

Coming out after the break, Coach Larsen made a change, bringing Lamola on for Mahachi. Just 10 minutes in he missed an opportunity with a header that found the side netting.

We managed to take the lead after Mutizwa slotted the ball in off a rebound from Vries after Lamola had taken a shot that Vries failed to control.

The lead was short lived though as we allowed Baroka to play back into the game. A scramble for possession in the box left Motupa free again, and he made no mistake in finding his mark again to equalise.

We put up a fight to try and secure a lead again, and created a number of scoring chances, but were just not on target and unable to find the back of the net.

We will have a tough week of preparation ahead of our Derby game against AmaZulu next weekend at King Zwelithini Stadium. 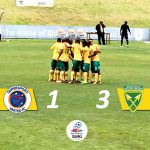 Another win for Diski side against SuperSport UnitedDiski Results, NEWS