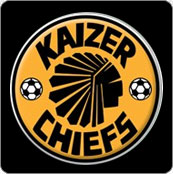 Lamontville Golden Arrows were undone by second half goal as they lost 2-0 at Kaizer Chiefs in their Absa Premiership clash at the FNB Stadium on Wednesday night.

Eric Mathoho and Kingston Nkhatha netted for the league leaders in a six-straight loss for Abafana Bes’thende, who put up a brave fight but succumbed to two quality goals.

The first half was an even affair and finished goalless after little action at either end as Arrows more than held their own.

Siyabonga Nkosi and Bernard Parker had chances for Chiefs, but they were largely kept at bay by the stubborn visitors’ defence.

Chiefs made a change at the break, bringing on George Lebese for Nkosi and that extra width saw them carve out more opportunities,

The deadlock was broken on 52 minutes when Siphiwe Tshabalala’s curling free-kick was glanced home by Mathoho, leaving 42-year-old Arthur Bartman in the Arrows goal with no chance.

That seemed to knock the stuffing out of the visitors and Chiefs made it 2-0 16 minutes later when the much-maligned Kingston Nkhatha got his name on the scoresheet.

He started the move, played a neat one-two and placed his low shot across goal and in off the far post.

Next up for Arrows is a visit to in-form KwaZulu-Natal rivals Maritzburg United on Sunday.